Amy Rucker is from Ohio, where she attended The Ohio State University, earning degrees in Piano Performance and Music Education in choral conducting. During her undergrad, she conducted handbell choirs, children’s choirs, and ensembles. Much of her piano performance degree was focused on accompanying and training as an accompanist-coach. Amy and her husband moved to Dallas, TX, which brought her to SMU’s prestigious Piano Pedagogy and Preparatory Department, where she earned her Masters degree in Piano Pedagogy. It was at SMU that Amy saw the value of early childhood music and movement. After she earned her MM she was hired as adjunct faculty, continuing her work in the pedagogy program for six years. During this time Amy taught Kindermusik for the department and served as the Early Childhood specialist. She was active in KTA, and spoke on the benefits EC Music and Movement to the Dallas chapter of the American Guild of Organists, as well as the role of children’s music in the church for Music in Worship. After leaving SMU to start a family, Amy attended additional Teacher Training under Lorna Heyge, and began teaching Musikgarten in 1996. She founded the Early Childhood Music program at the Arts Academy of Park Cities Presbyterian church, growing the program to include 5 certified teachers and all levels of Musikgarten instruction. Amy and her husband are now back in Ohio with their two children, Elise and Ben. Amy has presented workshops on early childhood music and movement for Musikgarten, TMEA, Detroit Musician’s League, OMEA, and Ohio University. She has had articles published in Clavier Companion and Musikgarten Messenger, and was selected to serve as a National Teacher Trainer for Musikgarten in 2004. Amy joined ECMMA when she began teaching Musikgarten, and became certified in 2006. She belongs to Delta Omicron International Music Fraternity, and Pi Kappa Lambda Honorary Music Fraternity.

Diana is currently the assistant director of Musikgarten’s Music for Learning Program and also maintains a private studio. In addition, Diana performs as a collaborative pianist, appearing regularly with violinist Nicholas Currie and cellist Adam Gonzalez as Trio Giocoso. Diana has taught early childhood music, piano, and choral singing in Texas, North Carolina, Maryland, and New Jersey and also has arts management experience. Diana was one of the founding members of the Greater Washington DC -ECMMA Chapter where she served as Vice-President. Diana holds a BMus. degree from Wheaton College and a MM from the University of North Texas. She has Level II Certification from ECMMA and is certified in all levels of the Musikgarten curriculum. She currently resides in Sparta, NJ with her husband, Allan.

Assunta "Su" D'Ambrosio is Director of Programs and Curriculum at South Shore Conservatory in Hingham, MA. She holds an MM in clarinet performance from the University of Massachusetts, Amherst, a BA in Music from Smith College, and Orff Level III certification from the University of Massachusetts, Lowell. At South Shore Conservatory, in addition to administrative duties, she is a preschool and kindergarten classroom music specialist. Previously, she taught general and instrumental music in public schools for 17 years as well as private lessons on clarinet. Su has been with South Shore Conservatory since 2003. Su became interested in early childhood education after the birth of her first daughter in 1997. Watching her daughter listen and respond to music made it clear that these early years are a crucial time for exposure to rhythm and tonal patterns as they are the seeds and foundation for understanding music later in life. She lives in Plymouth, MA with her daughters Maria, Rosa, and her dog Bernie who is a puppy at heart.

H. Ellie Falter has taught early childhood music in varied public and private settings, including preschools, elementary schools, a homeschool co-op, and libraries. Having served students from diverse backgrounds—such as on an American Indian Reservation, in inner city neighborhoods with generational poverty, and in wealthy suburbs—Ellie has internalized that there are many ways to teach music and each student brings interests and competencies which enhance the music learning community. She is committed to learning from her students (young children, college students, and practicing music or generalist teachers) in part by teaching through play. Currently a doctoral candidate at the University of Colorado Boulder (completion expected June 2018), she continues to teach music to young children and music teaching methods to their teachers. Her research interests include the music exploring and learning of young children and ways adults perceive and can support this music creation and development. Ellie has presented on early childhood music education at the local, state, national, and international level and published articles in journals such as Perspectives (ECMMA), General Music Today (NAfME), Teaching Young Children (National Association for the Education of Young Children), and Early Years Bulletin (Association for Childhood Education International).

Dr. Christina Svec is currently the Assistant Professor of Music Education at Iowa State University where she teaches courses in elementary and secondary choral music methods. She received her PhD and Bachelor of Music Education degrees from the University of North Texas and a Master of Music Education degree from Michigan State University. She has also earned three levels of certification in Music Learning Theory and three levels in Kodály. Before coming to Iowa State and the Ames Children’s Choirs, Dr. Svec taught elementary music for six years and has been involved with early childhood music for nearly fifteen years. She has served as Director of Children’s Music for First United Methodist Church of McKinney, TX and as Director of Music (including Children’s Choirs) for First Presbyterian Church of McKinney, TX. In addition to her music-making and educating, Dr. Svec is a passionate music education researcher. Her research interests include research methodology, research pedagogy, and singing voice development. She has presented papers, research posters, and sessions at conferences locally, nationally, and internationally. Her publications can be found in Update: Applications of Research in Music Education and Psychology of Music.

Dr. Mara Culp is an Elementary General Music specialist and Assistant Professor of Music Education at the Eastman School of Music. Prior to her appointment at Eastman, she taught general, choral, and instrumental music to children in elementary, middle, and high school in Michigan for five years. Additionally, she has provided music for pre-kindergarten children and completed Kodály Level I and Music Together teacher training. Her academic and research interests include improving speech and language using music, music education for exceptional learners, interdisciplinary collaboration, elementary general music education, and choral music. She has presented at state, national, and international conferences; and presented as an invited speaker in Communication Sciences and Disorders departments. Her work has been published in The Orff Echo, Choral Journal, Journal of Research in Music Education, and General Music Today; and featured on NAfME's Music in a Minuet blog.

Erika Cincotta lives in Colorado Springs, Colorado with her husband and three children. During her college years, she traveled around the country performing with the Tamburitzans, an Eastern European folk ensemble. Erika began teaching early childhood music at the Peabody Preparatory in Baltimore where she used a variety of curricula including Kindermusik®, Musikgarten®, and Sally’s Music Circle®. She became a licensed Music Together® teacher in 2004 and directed a center in Baltimore before moving to Colorado Springs where she continued teaching at a local Music Together center. Erika currently works as the Early Language and Literacy Specialist at Alliance for Kids, El Paso County's Early Childhood Council, where she trains parents and early childhood professionals how to incorporate music learning and literacy into the lives of young children. In addition to her most important jobs as wife and mother, she has taught private flute and voice, performed with community choirs and church praise teams, and taught early childhood music in private schools. Erika also enjoys running, hiking, skiing and folk dancing. She has a B.S. in Music Therapy from Duquesne University.

Dr. Christa Kuebel is Assistant Professor of Music Education at the University of Central Arkansas. She specializes her research in music teacher preparation and early childhood music education. Her current work focuses on the role of self-efficacy among preservice music educators. She has instructed higher education courses in elementary general methods, world music, child development, and introduction to music education. Kuebel has taught choir, band, and general music for students in preschool through junior high in Illinois, China, and Poland. She teaches early childhood music education classes to children four and under in both preschool and music and movement class settings.

Kerry B. Renzoni is Assistant Professor and Coordinator of Undergraduate Music Education at SUNY Buffalo State. She is also founder and director of the Early Childhood Music and Movement program for the Buffalo State Community Arts Academy. Prior to her work at Buffalo State, Kerry taught pre-k through fifth grade classroom music in which she prioritized creativity and improvisation in the music curricula. Additionally, she has served as Lead Teacher for the Early Childhood Music Foundations program at Temple University and has taught through the Early Childhood Music program at the Eastman Community Music School. Kerry is an active researcher, conference presenter, and clinician at the state, national, and international levels. Her research interests include the role of environment in music learning, creativity, improvisation, and music literacy in early childhood and elementary music settings. She has worked with early childhood music teachers in Italy, Brazil, and China. 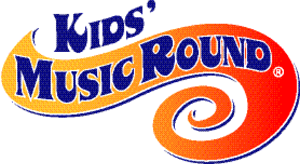